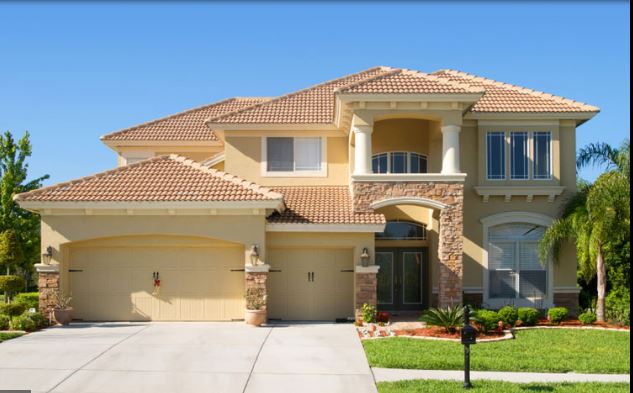 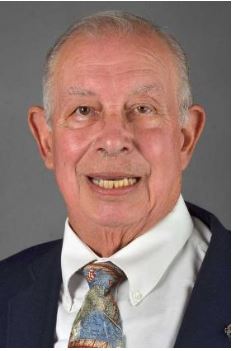 IMPACT FEES: WHAT ARE THEY AND WHY WERE THEY CREATED? PART I

The following articles were developed after sitting in on discussions concerning the status of St. Johns School District. I appreciate their assistance in trying to understand some difficult and complex issues. Responses to questions were not always clear and accurate My concern was the removal of financial support that had traditionally been provided by the state, especially to fast growth counties like St. Johns.

The School District is “special” due to it being the largest employer in St. Johns County and over the years firmly established itself as a top rated (performing) District and has been recognized at Stat and National levels for its achievements. The District has openly sought ties with businesses, community organizations and sought parental and others input at various levels of administration. A remarkable effort becoming a integral part of the community. Leadership at the local school level is often characterized to the particular area to be served.

The overwhelming residential growth is one of the factors that has brought distress administratively and financially. Consequentially additional funding is not optional, but a necessity. Part of that funding issue was the passage of the 1/2 % sales tax beginning in January. This increase of sales tax will contribute only part of the funding needed. Another aspect of funding was the County Ordinance 20111-7 to be up dated this next year. One would expect that additional revenues would be forthcoming from builders and developers to meet the capital needs of property and structure as stated in Florida Statute 163.

“Money! Money! Money! makes the world Go Around” an entry to a old song. Our St. Johns County County and School District (State Top Rated) are being overwhelmed by the costs of “New Growth” without the money to meet traditional needs. There are a number of reasons why this has happened that has led to a number of newspaper articles outlining the County financial state with quotes of this situation from County Commissioners and District School Board leadership. In the past a portion of “New Growth” capital costs were supported by the State. New construction funds were an important resource to the School District. The 2 mil property tax levy reduction by the legislature to 1.5 mils further reduced property tax funding to the County. Reduced property values resulted in a further reduction of funds to meet operating and capital needs. The State legislature compounded its hit on the County and District Schools by various mandates. A portion Sales Tax collected is shared annually with State Government. The recently voted and passed I/2 cent sales tax increase for District Schools is a “band aid” for the growing need for additional construction and operating funds. This briefly gives a introduction into the present County’s growing indebtedness with a pressing questions on how this will be managed. Will the current residents be subject to public service reductions? Will property taxes be sequentially raised? Will the State mandates be met? Will the State allow the County to raise the property millage rate? Will the County property taxes continue to approve new residential housing at the rate 2700 units per year? When will the build out of approximately 70,000 permitted. but not built homes be accomplished? Will the School District continue to receive over 1000 new students a year? Tune in next issue to further understand both the issues and SOME answers to the above questions.

IMPACT FEES: WHAT ARE THEY AND WHY WERE THEY CREATED? PART II

The State Legislature established FS 163.and it is the basis for the local ordinance 2011-7 that allows St. Johns County to levy impact fees that were intended to offset the costs of new commercial and residential growth. The following discussion on Impact Fees brings to light how this Growth Management legislation has changed our County and its financial status.

Impact Fees: Florida Statutes 163. is the basis for the local County Ordinance 2011-7. The intended purpose of this legislation is to “offset” the costs of new growth in Florida. 37 counties have chosen to implement this statute as a local ordinance. New growth is cited as both commercial and residential. The amounts of the impact fees are calculated by complex formulae every five years with updates annually at the County discretion. There are however a number of variable selections in the methodology that can cause the outcome to vary substantially. Listings of Impact Fees imposed by participating Florida counties vary substantially from year to year and county to county comparison. An online study by the Brookings Institute found that Impact Fees were neutral in development and growth.

Developers have taken both sides of this issue of raising impact fees. Those owed credits see a faster return of their money. Some builders view that any increase will need to be incorporated into the sale of a house and may be more difficult to sell or market at a higher price.

District schools go through a separate process of determining the developer / builder sharing of cost that is imposed by new residential growth. The County uses the process in a similar method. Some county’s provide their Impact Fees calculation on line as a openness for public viewing and comment. St. Johns County will be establishing a “new” baseline from that set in 2011. This action could be important in determining the financing of new capital projects , such as roads , schools, parks, fire stations, etc.

A builder buys a number of lots builds a house and sells them to new home owners. The builder most likely will incorporate the cost of the impact fee into the sales price of the new residence. At the time of occupancy, he will send payment to the County building department for distribution to the infrastructure needs that have been established by “new growth”. Costs of current maintenance and repair are not eligible as an expenditure from these fees.

A developer has built a major road to access his planned development of thousands planned new houses. For the developer’s commitment of road building costs, park,school and public facility lands he will receive Impact Fee Credits as the County cannot finance and or pay for these costs. The Credits given by the County are evaluated and an appraised value agreement is provided. Frequently the developer will sell lots to builders who are then given a voucher for the amount of the impact fee for each house. The new residential house built and given a certificate of occupancy by the building department . The builder is then required to submit the voucher for Impact Fees to the the Building Department. The Building Department then reduces the Impact Fee Credits owed the developer by that amount.

Recently provided information from the County relate this data. The County’s collection of road impact fees and credit vouchers for the past three years.

Note : in most instances that termed as a donation /gift is not and Credits within the agreement between the County and the developer for are provided in these actions.

One of the basic questions concerning the Impact Fee Ordinance is ” How much of the “New Growth” is actually being offset by this Ordinance” and “What % of New Growth is actually being borne by the developers/builders?” Just who are the beneficiaries and payers?

The School District and the issue of Impact Fees and Credits are managed as a separate issue. It is important to note that the District School District is facing a $93,000,000 deficit over the next five years. The percentage of capital expenditure off setting “new growth” covered by Impact Fees has been approximately 12 +/-% over the last several years.

IMPACT FEES: WHAT ARE THEY AND WHY WERE THEY CREATED? PART III

After reviewing the above information one can easily reach the decision that the stated intent of the Impact Fee Statute FS 163 has not met its stated goal, but is more of a developers’ aide. At least this is a conclusion reached by observers. Meanwhile the County financial status is deteriorating and infrastructure elsewhere is far behind planned development and maintenance. Last reported by the County to be over 270 million dollars is needed for maintenance, repair drainage upgrades and other road improvements. Consequently, the relief of ancillary roadways and traffic issues presently experienced will not be eased for the immediate future. The issues created by unbridled growth extend itself into fire /rescue and other public safety incidents. Whether you have a child in the District Schools or not road infrastructure unable to meet volume of traffic will bring life changes to how you carry out every day activities.

The District Schools will decline in its ability to fulfill its mission and role. Reversal of this course will require a joint plan of management and cooperation between the County BCC and the District School Board. This includes timelines, objectives to be reached including periodic evaluation in reaching established goal(s). This would include changes that must be made based on evaluation studies. The plan/ agreement should be open to the public for input. Planning is not an unknown factor for either the County Administration or the School Board. For example: The County has a Comprehensive Land Use Plan and the District Schools have annually a Work Plan that is submitted to the State Dept. of Education. At the School level there is the annually a School Improvement Plan. The SIP includes input from parents, teachers, supervisors and principles. These annual SIP’s are then being reviewed by the Superintendent and Approved by the District School Board.

It is apparent that Impact Fee (FS 163) has not met the stated objective of offsetting the cost of new growth from the tax payer and as managed in St. Johns County created great indebtedness in lieu of its intended target. An Operational Management Review is needed. With approximately 37 counties in Florida implementing local Impact Fee ordinances a statewide study could provide helpful insight as to how this law could be better managed to the benefit of the County and taxpayers. State Legislative representatives and senators often request studies of the Auditor General’s Office or other state agency to understand issues that have statewide impact.

Ideally government is established with checks and balances. With the current number of houses permitted, but construction not initiated approximating 70,000 +/- the population of the County has the potential of doubling. This will require an increase of government and the services required to meet citizens needs as well as oversight functions. Consequently, it is recommended that an Office of Inspector General be established in the County Clerk’s Offices. The Office of Inspector General provides oversight to programs and management of government agencies and provides periodic reports to management of its findings and recommendations. The issues cited above are long term and little has been done to remedy the basic problems of management.

This next year will be an election year of both District School Board and County Commission Board members. Whether they address the above issues will be a interesting part of the election year. Will the problems be “swept under the rug” so to speak or can we look forward to presentation of plans addressing the above cited issues? Unless unforeseen actions are taken by the State or others, you can expect a continual increase in your property taxes, above that which you might expect to receive due to increased value of property. With such a low percentage of the registered population voting, will we have a well-informed voter.