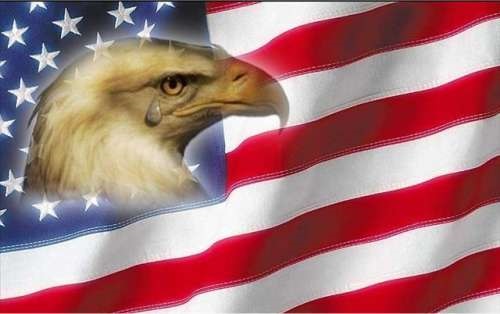 Pundits tell us that the Republican Party will never win the black vote. Is there a reason for that? Is it perhaps because conservatives put an emphasis on personal responsibility and the rights of the individual? But does a black man care less about his child’s education than a white man? Does a black man working two jobs to put his child through college care any less about the cost of insurance, or if he has to worry about a politically correct response to the burning question of what he wants out of life?

I am a retired military veteran and have worked with a great many people. And I have in my own world found something that would startle a great many people. Among blacks, whites, Asians, Latinos and all others (I would assume the numbers are basically the same) 85% are good people just trying to get through life, doing the best they can. Ten percent will do just enough to get by and 5% are just losers no matter what you do for them. So how did we get where we are?

Over the past several decades, America has been divided. Progressives have deliberately pushed Americans apart as they pander to women, blacks and Hispanics. These individual groups have formed the base of the Democrat Party for many years, not realizing that being a part of the progressive movement has not changed their lifestyle. What has happened to black employment under this Administration? Who has predicted the lowest of expectations for these groups?

Calls for more government intervention are only guaranteed to make matters worse. The War on Poverty has been ongoing since LBJ; more than 50 years. A total of $16 Trillion in transfer payments have been made from those who work to those who do not. And what has changed? The numbers still in poverty have not changed, unless it has been to increase.

But the attitude of waiting with your hand out—that has certainly changed. Those numbers have grown exponentially every year. And it is music to the ears of Democrats throughout the nation. For they realize that people dependent upon Big Brother are likely to stay that way, generation after generation. The Democrat Party has seen to it. After all, millions of votes are theirs for the asking; that is, for the buying. And only a massive redirection of incentives away from those who expect everyone else to take care of them can possibly dismantle the poisonous system with which the left have deliberately destroyed a race and they hope, eventually a nation.

It is up to us, all of us, to make a change, to make a difference. We can inform others of the cruel future guaranteed them by the Democrat Party, but we must not help Democrats provide it for them. Welfare for the able bodied must end. Those who decide to riot will burn down their own neighborhoods and towns. Let them pay for these crimes and do the rebuilding. We can’t waste any more time or money trying to help those who refuse to help themselves. Nor will we continue being intimidated into providing a free living. They have the choice between work, poverty and prison. Let them make it.

The progressive agenda is anathema to liberty. It survives only by means of theft, threat and force. The left must discredit the family, Christianity, our constitutional republic and way of life by telling the so-called “have-nots” that the rich have taken what is rightfully theirs. This is class warfare as practiced by the true experts.

The family is the backbone of this country. It is where everything starts, whether good or bad. Parents need to teach their children, children need to respect others. We need to have the respect and care necessary to tell our fellow man: “You are going down the wrong path, let me help.” Hollywood’s limousine liberals, D.C. progressives, academics and celebrity wanna-be’s will not provide help to anyone. They spout platitudes and move on. They have engaged in their feel-good service of the day. Have they changed you personally? Their goal is to prove to themselves and their fellow, brain-dead libs how compassionate they are.

The agenda of the far left and the effect of its minions on the United States and its citizens have always been the same—lie in order to destroy the culture and society; lie in order to put progressives in positions of power; attack anyone who disagrees or tells the truth.

The choice belongs to us. Will we work to sustain our nation and liberty, or destroy the one chance we have to move forward?

How very important Election 2016 can be.