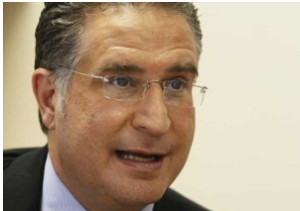 Emerge USA is a Florida-based organization whose unstated goal is to give radical Muslims a political voice in America. One way they do this is by getting their leaders placed in key positions of power. Another way is by making friends with those already in power. United States Representative from Florida, Joe Garcia, is one of those friends. He has accepted thousands of dollars from Emerge for his 2014 reelection bid, and he has returned the favor by helping the group raise more money.

Earlier this month, Emerge held its annual fundraising dinner in Miami, at the DoubleTree Hotel and Airport Convention Center. Featured at the event was Sayed Ammar Nakshawani, an Islamic lecturer from England who is a devotee of Iran’s deceased terrorist leader Ayatollah Ruhollah Khomeini and who has called for the destruction of Israel.

In a speech found on YouTube and the lecture section of his website, titled ‘Sayed Khomeini’s Quds Day,’ Nakshawani states, “The shame in this world is that, if we put ourselves down to a two-state solution, we would allow a country which has broken 60 UN resolutions to have their own freedom of peace. It is barbaric that this Zionist state is allowed to continue.”

Emerge advertised Nakshawani in an event flyer as well as an Emerge-produced video of Nakshawani telling people to attend.

Given Emerge’s past, having this man speak was no surprise. What was a surprise, though, was that a sitting U.S. Congressman, Joe Garcia, would also be speaking at the event, even after the leader of his political party, Debbie Wasserman Schultz, cancelled her keynote address in front of the same group just two years prior.

One of the two co-chairmen of Emerge is South Florida attorney Khurrum Basir Wahid. According to his bio, Wahid specializes in defending “individuals charged with allegedly committing or conspiring to commit acts of terrorism.”