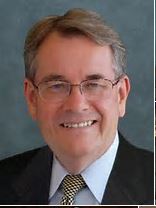 Donald J. “Don” Gaetz is a Republican politician who currently serves as a member of the Florida State Senate, representing the 1st District, which includes Bay County, Holmes County, Jackson County, southern Okaloosa County, Walton County, and Washington County in the Florida Panhandle, since 2012, previously representing the 4th District from 2006 to 2012.  Florida Senator Gaetz is one of the “key” persons that can help the School District in securing the funding needed.

I am writing you to seek your help in addressing a number challenges the St. Johns School District is facing. I am sure you are aware that it has an outstanding rank among Florida School Districts. One of the results for this achievement has been the attraction the District has become for new families to reside in St. Johns County. The last several years the District has experienced over 1000 new students per year. The Superintendent Dr. Joyner reported this year that over 1500 new student registrations. This surge on new students and recession years as well as no construction assistance from the state have created a very stressful financial situation for the District. One thousand new students roughly equates to two new school facilities The following actions by the state can aid the District to meet its current challenges and plan for the coming years. As your are well aware new school facilities require a lot of planning and cooperation. Finding appropriate locations securing the land , the construction, hiring of staff, fire -safety , roads, etc. The following actions are needed by the District:

Support the restoration of local capital outlay millage authority to 2.0 mils by a majority vote of the locally elected School Board.

Support the restoration of a PECO Construction allocation for high growth school Districts.

Increase support for the Digital Classrooms Allocation. The mandates upon St. Johns County are estimated at over ninety million dollars. An unrealistic goal considering the County’s financial state.

Support an increase in dollars allocated for professional development for teachers and administrators.

Increase support for the Safe School allocation and increased flexibility in allowable expenditures.

While other issues stated are Assessment and Charter School Accountability I do not want to diminish the importance of the fiscal issues facing the District.

The recessionary years and reduced millage, lowered property appraisals have reportedly resulted in a loss to the District of over $ 180 million. I have personally discussed and learned of many ways the District has more effectively used its resources. This District has had outstanding management and made a number of initiatives to operate more efficiently. The Districts record of achievements deserves to be recognized and supported in achieving the above outlined goals.

I hope you can and will be part of that effort.