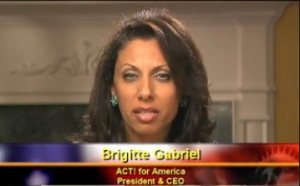 Sometimes it is frustratingly difficult not to become despondent over outrages committed by unaccountable, irresponsible politicians and bureaucrats in Washington.

The latest episode involving the disclosure of the secret identity of the CIA’s station chief in Afghanistan by the White House is especially appalling.

The leak of this highly classified information occurred when President Obama took a surprise visit to Afghanistan last weekend. It is the ultimate irony that the president’s trip was shrouded in secrecy for security reasons, yet the publicity-greedy Obama White House hastily issued a list of “senior officials” with whom the president wanted to meet while he was visiting. Included on the list was the CIA station chief in Afghanistan — a billet that is necessarily classified, owing to the need to protect the physical safety of the officer and because secrecy is necessary for him to do his job, which involves covert operations.

Keep in mind that this is no minor breach. The station chief for Afghanistan is the only CIA station chief in the world who is operating in a country in which the United States is actively engaged in combat. In other words, this person was not an inconsequential bureaucrat serving out the remainder of his career in some remote backwater.

The CIA station chief is at the tip of the spear in America’s battle against jihad and the terrorists who wage it — groups and organizations such as al Qaeda, the Taliban and Lashkar-e-Taiba.

Not only is this CIA officer’s life now placed in peril by this clumsy publicity stunt, but so are the lives of those in Afghanistan with whom he may have met and associated during his tour there. Now, owing to the stupidity and carelessness of the White House staff, Afghans and others who may have been covertly assisting the battle against jihad may never be safe from the vengeance of the jihadists again.

At least our CIA station chief may be able to leave Afghanistan and return home to safer environs stateside. What of the Afghans he was working with, though? Where can they go to hide from monstrous jihadists who have no respect for human life?

This will almost certainly result in a catastrophic setback in covert operations in Afghanistan, as allies go back underground and even perhaps are killed. And this sad affair will cast a long shadow on CIA operations going forward. How will the CIA recruit operatives to assist them, not just in Afghanistan, but also in other parts of the world, now that everyone knows that the chance exists that identities will be revealed? Why would anyone want to help us under such circumstances?

We’ve all seen video footage of the ghastly, brutal acts committed by jihadists against those they regard as their enemies. They have no reluctance to mete out their punishment against family members and even young children.

This is the reality those who face jihad on the covert battlefields have to deal with every day.

Meanwhile, intelligence experts are now saying that the CIA station chief’s career is almost certainly over. He can no longer be effective in the world of covert ops. Thanks to the intransigence of this White House, America is denied the valiant services of one of its best covert warriors — not just temporarily — but permanently.

This incident harkens back to a 2003 case in which the Bush White House was accused of leaking the identity of CIA officer Valerie Plame. At that time, there was widespread outrage and a independent prosecutor named in the case. In the end, it was learned that Ms. Plame was not actually a covert operator at the time, nor did the leak come from the White House — it came from Richard Armitage at the State Department.

It will certainly be interesting to see if there is as much outrage in Washington and the left-wing media in the current case. So far, no one is even suggesting that there should be an independent prosecutor named, and the White House has been said to be investigating itself on the matter.

This is the stuff whitewashes are made of, and the selective outrage in Washington and the media is particularly telling.

This is a sad day in the annals of the history of the CIA and the American presidency. The only word that properly captures the whole awful situation? Disgraceful.

Brigitte Gabriel is an international terrorism analyst and the founder and president of ACT for America.org.