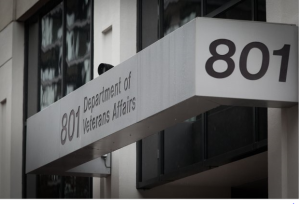 Thousands of orders for diagnostic medical tests have been purged en masse by the Department of Veterans Affairs to make it appear its decade-long backlog is being eliminated, according to documents obtained by the Washington Examiner.

About 40,000 appointments were “administratively closed” in Los Angeles, and another 13,000 were cancelled in Dallas in 2012.

That means the patients did not receive the tests or treatment that had been ordered, but rather the orders for the follow-up procedures were simply deleted from the agency’s records.

It is not known how widespread the practice is, or how many veterans hospitals have mass-purged appointment orders to clear their backlogs.

Agency officials refused an Examiner request for documents describing when the practice began or how many appointments have been canceled.

Internal VA memos say administrators at medical centers across the country were allowed to remove the appointment orders that were no longer necessary because the patient died or received medical treatment elsewhere.

But the practice fits a long-standing pattern at VA of falsifying reported wait-times to make it appear individual medical centers are meeting department goals of ensuring patients get the medical care they need within the deadlines set by policy.

Performance reviews and bonuses of top hospital administrators are linked to meeting those goals.

Long delays in receiving medical screenings can have dire consequences. At least six preventable patient deaths have been linked to delayed colonoscopies in Columbia, S.C. The VA Office of Inspector General exposed the unacceptable waits there in September.

In addition, VA made 19 “institutional disclosures” between September 2012 and March 2013 related to patient deaths because of delayed endoscopy procedures at veterans hospitals nationwide, according to documents obtained by the Examiner and first reported by CNN.

Oliver Mitchell, a former scheduling clerk at the VA Greater Los Angeles Medical Center, said he suffered years of retaliation that eventually drove him out of the department after he filed a whistleblower complaint about the appointments purge in 2009.

Mitchell, an ex-Marine, was in charge of scheduling the appointments in the radiology department of the Los Angeles facility.

In November 2008, he was told to purge backlogged appointments for diagnostic tests in violation of VA policies in place at the time, Mitchell said in separate whistleblower reports filed with the VA inspector general and the U.S. Office of Special Counsel.

Dr. Suzie El-Saden, then interim service chief in the hospital’s radiology department, told Mitchell and other schedulers she was under pressure from VA headquarters to reduce the backlog.

El Saden stated that “her job was on the line and that this would be the death of her if we didn’t delete and/or cancel any of the pending backlog,” Mitchell alleged. “She stated that central office had ordered her not to purge the system.”

At the same meeting, Mitchell said he was ordered by a different supervisor to begin deleting appointments.

“In order to show favorable results, we needed to delete as many orders as possible,” Mitchell said he was told by the supervisor. “He went on to say that it was all a numbers game and we had to play the system. He then directed me to begin deleting all orders pertaining to MRI [at] the clinic in which I work. I refused.”

When Mitchell and others in the department would not delete the backlogged appointments, a new employee was hired to do the work, he said.

In a response to inspector general inquiries, hospital officials acknowledged they deleted orders for MRIs, some dating back 10 years, which they determined were no longer necessary.

The purge was consistent with VA policy allowing cancellation of unneeded appointments more than six months old, according to the response.

“All patient imaging requests that were found to still be valid were scheduled,” the response stated.

The IG was satisfied with the answer and dropped the case. OSC did not purse Mitchell’s allegations because they were investigated by the IG.

Mitchell was transferred out of his job shortly after he filed his complaint with OSC, and continued to face retaliation for reporting on his supervisors, he said.

In March 2011, Mitchell reached a settlement with VA in which he agreed to resign and drop all complaints against the agency. In return, VA provided him a positive performance evaluation and paid him $30,000.

Mitchell said he does not regret blowing the whistle, despite the retaliation that followed.

“The whole premise behind the VA is to treat and care for the vets,” Mitchell said in an interview with the Examiner.

“In my mind, you’re asking a vet to screw over other vets, and I just wasn’t going to do it. Why not just do what we’re paid to do and find a way to fix the problem rather than just throw away the problem? Because we’re actually throwing away lives here.”

Catherine Gromek, spokeswoman for the VA Office of Inspector General, said her office lacks sufficient resources to investigate all of the 30,000 tips it receives annually. Typically it will simply ask for a response from agency managers. That is what was done in Mitchell’s case.

Rep. Mike Coffman, R-Colo., chairman of the House Committee of Veterans’ Affairs Subcommittee on Oversight and Investigations, tried unsuccessfully to get answers about how many appointments were administratively canceled by the agency during a hearing last year.

“Sadly, evidence obtained by this subcommittee clearly shows that in many cases, VA did not do the right thing,” Coffman said in his opening statement at the hearing. “Instead, evidence has shown that many VA facilities, when faced with a backlog of thousands of outstanding unresolved consultations, decided to administratively close out these requests.”

Coffman cited the cancellations from Los Angeles and Dallas, saying VA officials appeared to be using the purge to “game the numbers.”

Agency officials acknowledged “a couple of instances” in which appointments were administratively canceled, but only for patients who no longer needed the tests. They did not say when the purge began or the total number of appointments that were canceled nationwide.

Documents obtained by the Examiner indicate the purge began in Dallas in early September 2012, more than three years after Mitchell reported the practice to the inspector general. It took a week to cancel about 13,000 consultation orders.

The stated goal of the purge was to “aggressively address this backlog of unresolved consults and reduce the number to an acceptable level.”

During the same oversight hearing in which Coffman asked about administrative purging, Debra Draper of the Government Accountability Office said reviews of scheduling practices at VA facilities, including Los Angeles, have repeatedly found instances in which appointment dates were falsified to meet performance goals. That finding was consistent with GAO and VA inspector general’s reports going back 10 years, Draper said.

“We determined the data are unreliable,” Draper told the Examiner. “No one really knows how long they [veterans] were waiting.”

GAO’s job was not to determine whether the numbers were being deliberately falsified to meet performance goals, only whether it was occurring.

Draper added bonuses for regional and local medical directors are tied in part to meeting performance goals on wait times.

The allegation that VA administrators falsify patient wait times to meet performance goals is not new.

Tolentino said meeting the VA performance goals was part of management evaluations tied to pay and performance bonuses, and that when he tried to report unethical “gaming” of the numbers, his complaints “fell on deaf ears.”