Trump; things you didn’t know about him. 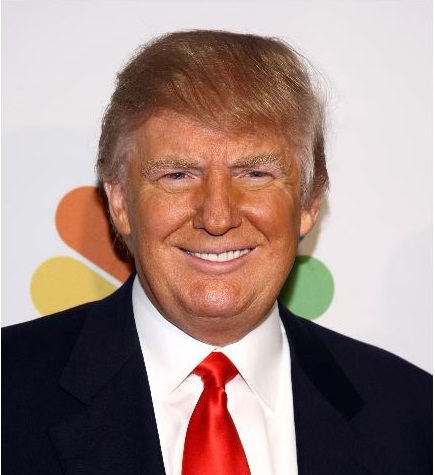 Donald Trump. Candidate for the President of the United States in 2016

Some good information as we go forward. Some may agree and some may disagree. Just passing this along. This will be interesting.

They made fun of Ronald Reagan – The Actor – what can he do? The criticisms of Trump are amazingly missing something. They are lacking in negative stories from those who work for him or have had business dealings with him. After all the employees he’s had and all the business deals he’s made there is a void of criticism. In fact, long term employees call him a strong and merciful leader and say he is far more righteous and of high integrity than people may think. And while it may surprise many, he’s actually humble when it comes to his generosity and highway outside of New York City. A middle-aged couple stopped to help him and as a thank you he paid off their mortgage, but he didn’t brag about that. Generous and good people rarely talk of charity they bestow on others. But as much as all this is interesting, the real thing that people want to know is what Donald Trump’s plan is for America. It’s funny how so many people say they don’t know what it is, or they act like Trump is hiding it. The information is readily available if people would just do a little homework. But, since most Americans won’t do their own research, here, in no particular order, is an overview of many of Trumps positions and plans:

1.) Trump believes that America should not intervene militarily in other country’s problems without being compensated for doing so. If America is going to risk the lives of our soldiers and incur the expense of going to war, then the nations we help must be willing to pay for our help. Using the Iraq War as an example, he cites the huge monetary expense to American taxpayers (over $1.5 trillion, and possibly much more depending on what sources are used to determine the cost) in addition to the cost in human life. He suggests that Iraq should have been required to give us enough of their oil to pay for the expenses we incurred. He includes in those expenses the medical costs for our military and $5 million for each family that lost a loved one in the war and $2 million for each family of soldiers who received severe injuries.

2.) Speaking of the military, Trump wants America to have a strong military again. He believes the single most important function of the federal government is national defense. He has said he wants to find the General Patton or General MacArthur that could lead our military buildup back to the strength it needs to be. While he hasn’t said it directly that I know of, Trump’s attitude about America and about winning tells me he’d most likely be quick to eliminate rules of engagement that handicap our military in battle. Clearly Trump is a “win at all costs” kind of guy, and I’m sure that would apply to our national defense and security, too.

3.) Trump wants a strong foreign policy and believes that it must include 7 core principles (which seem to support my comment in the last point):
I. American interests come first. Always. No apologies.
II. Maximum firepower and military preparedness.
III. Only go to war to win.
IV. Stay loyal to your friends and suspicious of your enemies.
V. Keep the technological sword razor sharp.
VI. See the unseen. Prepare for threats before they materialize.
VII. Respect and support our present and past warriors.

4.) Trump believes that terrorists who are captured should be treated as military combatants, not as criminals like the Obama administration treats them.

5.) Trump makes the point that China’s manipulation of their currency has given them unfair advantage in our trade dealings with them. He says we must tax their imports to offset their currency manipulation, which will cause American companies to be competitive again and drive manufacturing back to America and create jobs here. Although he sees China as the biggest offender, he believes that America should protect itself from all foreign efforts to take our jobs and manufacturing. For example, Ford is building a plant in Mexico and Trump suggests that every part or vehicle Ford makes in Mexico be taxed 35% if they want to bring it into the U. S., which would cause companies like Ford to no longer be competitive using their Mexican operations and move manufacturing back to the U. S., once again creating jobs here.

6.) Trump wants passage of NOPEC legislation (No Oil Producing and Exporting Cartels Act – NOPEC – S.394), which would allow the government to sue OPEC for violating antitrust laws. According to Trump, that would break up the cartel. He also wants to unleash our energy companies to drill domestically (sound like Sarah Palin’s drill baby, drill?) thereby increasing domestic production creating jobs and driving domestic costs of oil and gas down while reducing dependence on foreign oil.

7.) Trump believes a secure border is critical for both security and prosperity in America. He wants to build a wall to stop illegals from entering and put controls on immigration. (And he says he’ll get Mexico to pay for the wall, which many have scoffed at, but given his business successes I wouldn’t put it past him.) He also wants to enforce our immigration laws and provide no path to citizenship for illegals.

8.) Trump wants a radical change to the tax system to not only make it better for average Americans, but also to encourage businesses to stay here and foreign businesses to move here. The resulting influx of money to our nation would do wonders for our economy. He wants to make America the place to do business. He also wants to lower the death tax and the taxes on capital gains and dividends. This would put more than $1.6 trillion back into the economy and help rebuild the 1.5 million jobs we’ve lost to the current tax system. He also wants to charge companies who outsource jobs overseas a 20% tax, but for those willing to move jobs back to America they would not be taxed. And for citizens he has a tax plan that would allow Americans to keep more of what they earn and spark economic growth. He wants to change the personal income tax to:
· Up to $30,000 taxed at 1%
· From $30,000 to $100,000 taxed at 5%
· From $100,000 to $1,000,000 taxed at 10%
· $1,000,000 and above taxed at 15%

9.) Trump wants Obamacare repealed. He says it’s a “job-killing, health care-destroying monstrosity” that “can’t be reformed, salvaged, or fixed.” He believes in allowing real competition in the health insurance marketplace to allow competition to drive prices down. He also believes in tort reform to get rid of defensive medicine and lower costs.

10.) Trump wants spending reforms in Washington, acknowledging that America spends far more than it receives in revenue. He has said he believes that if we don’t stop increasing the national debt once it hits $24 trillion it will be impossible to save this country.

11.) Even though he says we need to cut spending, he does not want to harm those on Medicare, Medicaid, or Social Security. He believes that the citizens have faithfully paid in to the system to have these services available and that the American government has an obligation to fulfill its end of the bargain and provide those benefits. Therefore, he wants to build the economy up so that we have the revenue to pay those costs without cutting the benefits to the recipients. He disagrees with Democrats who think raising taxes is the answer and says that when you do that you stifle the economy. On the other hand, when you lower taxes and create an environment to help businesses they will grow, hire more workers, and those new workers will be paying taxes that become more tax revenue for the government.

12.) Trump also wants reform of the welfare state saying that America needs “a safety net, not a hammock.” He believes in a welfare to work program that would help reduce the welfare roles and encourage people to get back to work. And he wants a crackdown on entitlement fraud.

15.) Trump is pro-life, although he allows for an exception due to rape, incest, or the life of the mother.

17.) Trump’s view on same-sex marriage is that marriage is between a man and a woman, but he also believes that this is a states rights issue, not a federal issue.

18.) Trump supports the death penalty. Trump believes that there is a lack of common sense, innovative thinking in Washington (Hmmm… looks like he believes in horse sense!). He says it’s about seeing the unseen and that’s the kind of thinking we need to turn this country around. He tells a personal story to illustrate the point: “When I opened Trump National Golf Club at Rancho Palos Verdes in Los Angeles, I was immediately told that I would need to build a new and costly ballroom. The current ballroom was gorgeous, but it only sat 200 people and we were losing business because people needed a larger space for their events. Building a new ballroom would take years to get approval and permits (since it’s on the Pacific Ocean), and cost about $5 million. I took one look at the ballroom and saw immediately what needed to be done. The problem wasn’t the size of the room, it was the size of the chairs. They were huge, heavy, and unwieldy. We didn’t need a bigger ballroom, we needed smaller chairs! So I had them replaced with high-end, smaller chairs. I then had our people sell the old chairs and got more money for them than the cost of the new chairs. In the end, the ballroom went from seating 200 people to seating 320 people. Our visitors got the space they desired, and I spared everyone the hassle of years of construction and $5 million of expense. It’s amazing what you can accomplish with a little common sense.”On top of his saving years of construction and $5 million in expenses, he also was able to keep the ballroom open for business during the time it would have been under remodeling, which allowed him to continue to make money on the space instead of losing that revenue during construction time.

Donald Trump’s entire life has been made up of success and winning. He’s been accused of bankruptcies, but that’s not true. He’s never filed personal bankruptcy. He’s bought companies and legally used bankruptcy laws to restructure their debt, just as businesses do all the time. But he’s never been bankrupt personally. He’s a fighter that clearly loves America and would fight for our nation. Earlier I quoted Trump saying, “I love America. And when you love something, you protect it passionately – fiercely, even.” We never hear that from Democrats or even from most Republicans. Donald Trump is saying things that desperately need to be said but no other candidate has shown the fortitude to stand up and say them. Looking over this list of what he wants for America I see a very necessary set of goals that are long past due. Before we criticize someone because the media does, maybe we should seriously consider what he has to offer.