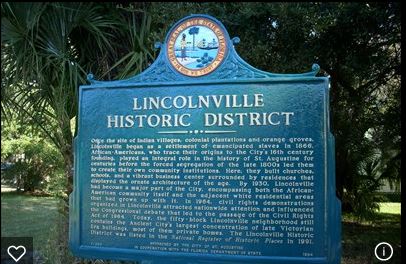 Why no school or college dormitories should be considered in CL-I, even as an exception

PLEASE, read the attached letter that I sent to the Mayor and Commissioners
today.
They will vote Monday evening, after the 2nd reading on this issue that can
dramatically affect the Downtown, Lincolnville and other neighborhoods.
Safety is a REAL concern as Lincolnville, and HP-1 are both surrounded on 3
sided by water, with King Street the only way out.
Please write your commissioners. Feel free to use some of my points, but
reword in your own words.

Also, Please come out Monday Night  and speak on this topic.

This will be the ONLY chance we have to stop this.
If this is voted in, we are stuck with whatever happens in the future .`

Why no dormitories should be considered in CL-I, even as an exception

The south side of King Street, from Granada St. and encompassing the east side of Riberia St. is zoned CL-I, That means the post office property and the lot/building across from it could become dormitories with students and their cars streaming onto an already crowded King St.

Properties fronting the east side of Riberia St., south of King St. (facing the Distillery with its complement of trolleys and trains) are also zoned CL-I. This includes the large tract occupying the now-defunct stables, etc. could be considered for dorms.  Traffic on this section of Riberia is intense and will become greater when San Sebastian Harbor property is developed,

This is a safety concern as this is one of the few ways out of Lincolnville. It is already a bottleneck. Students and cars would make it worse. With some 1,000 homes in Lincolnville, many occupied by older people, egress for ambulances, fire trucks and police cars would be thwarted, and their safety would be compromised.

Also in Lincolnville, properties along both sides of north Washington St. and the site of the crumbling church on Bridge St. are zoned CL.-I. Bridge St. traffic, exacerbated by parking lots for the Dow and 102 Bridge St. developments, would be further intensified by the addition of dormitories and their parking facilities. The CL-I- zoned portion of Washington St. is one-way, making it difficult to traverse if a dorm was built in that area.

Properties in Lincolnville (as described above), as well as properties along Masters Drive and Old Dixie Hwy. in West Augustine (also zoned CL-I) are within CRA areas that depend on new tax dollars to fund redevelopment. As Flagler College is tax exempt, it would mean a permanent loss to these neighborhoods if dorms were built. This is counter-productive to improving these neighborhoods.

Although no further growth is contemplated by the college beyond the dorms approved for Malaga St. at this time, this ordinance, once approved, may be on the books for 30-40 years. Many of us won’t be here, nor will the present college board of trustees. It is imperative to protect the City of St. Augustine neighborhoods from future encroachment by Flagler College. We all love Flagler College, but from a point of scale, it is becoming too big for our small city. The college has every right to grow, but should consider growing outside the downtown area in future years.