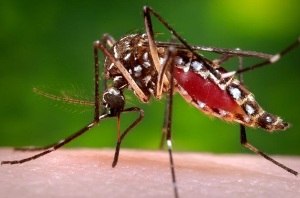 TALLAHASSEE, Florida — The U.S. Center for Disease Control and the Florida Department of Health have issued warnings about the possibility of a new mosquito-borne virus that could hit Florida this year. The virus is spread through the bite of an infected mosquito, similar to West Nile and dengue viruses.

In late 2013, the first local transmission of Chikungunya virus (CHIKV) in the Americas was reported in some Caribbean countries and territories. Local transmission means that mosquitoes in the area have been infected with the virus and are spreading it to people. 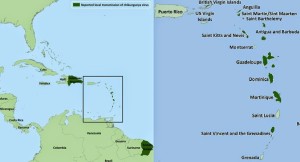 Countries and territories in the Americas where chikungunya cases have been reported* (as of May 5, 2014). Map Credit: CDC

CHIKV is spread by two mosquito species: Aedes aegypti (primarily) and Aedes albopictus, both found in Florida. While the virus is not currently found in the state, introductions are possible if a CHIKV infected visitor or returning traveler is bitten by Florida mosquitoes in the early stages (the first week) of their illness. Infected mosquitoes can then spread the virus to other people they bite.

Since CHIKV is new to the Americas, most people in the region are not immune. This means that people in Florida can be infected and spread the virus to other mosquitoes. To make matters worse, a person could become infected with both dengue and CHIKV at the same time because they are both carried by the same types of mosquitoes.

An infected person will typically become ill three to seven days after the mosquito bite, but symptoms can begin anywhere from two to 12 days post-bite. These symptoms can last 3-10 days.

Up to 28% of people who are infected will not have any symptoms (asymptomatic), although they can still be infectious to mosquitoes for a short time if bitten. Persons at greatest risk for severe illness include newborn infants, those over 65 years of age, and those who have other health conditions. Treatment is symptomatic or supportive.